WHAT IS CLARKE RANCH?

Clarke Ranch is a beautiful 24 acre parcel of currently undeveloped open space adjacent to the Wetlands Viewing Area and Napa River Bay Trail. The City acquired the land in 1999 and it has since been left largely untouched. In 2009, the City Council adopted a General Plan Amendment to designate Clarke Ranch as Open Space and approved zoning regulations for Clarke Ranch to be maintained as Open Space, Recreation, and/or Wildlife Conservation. Currently, Clarke Ranch is home to both our local 4-H and Spirithorse. 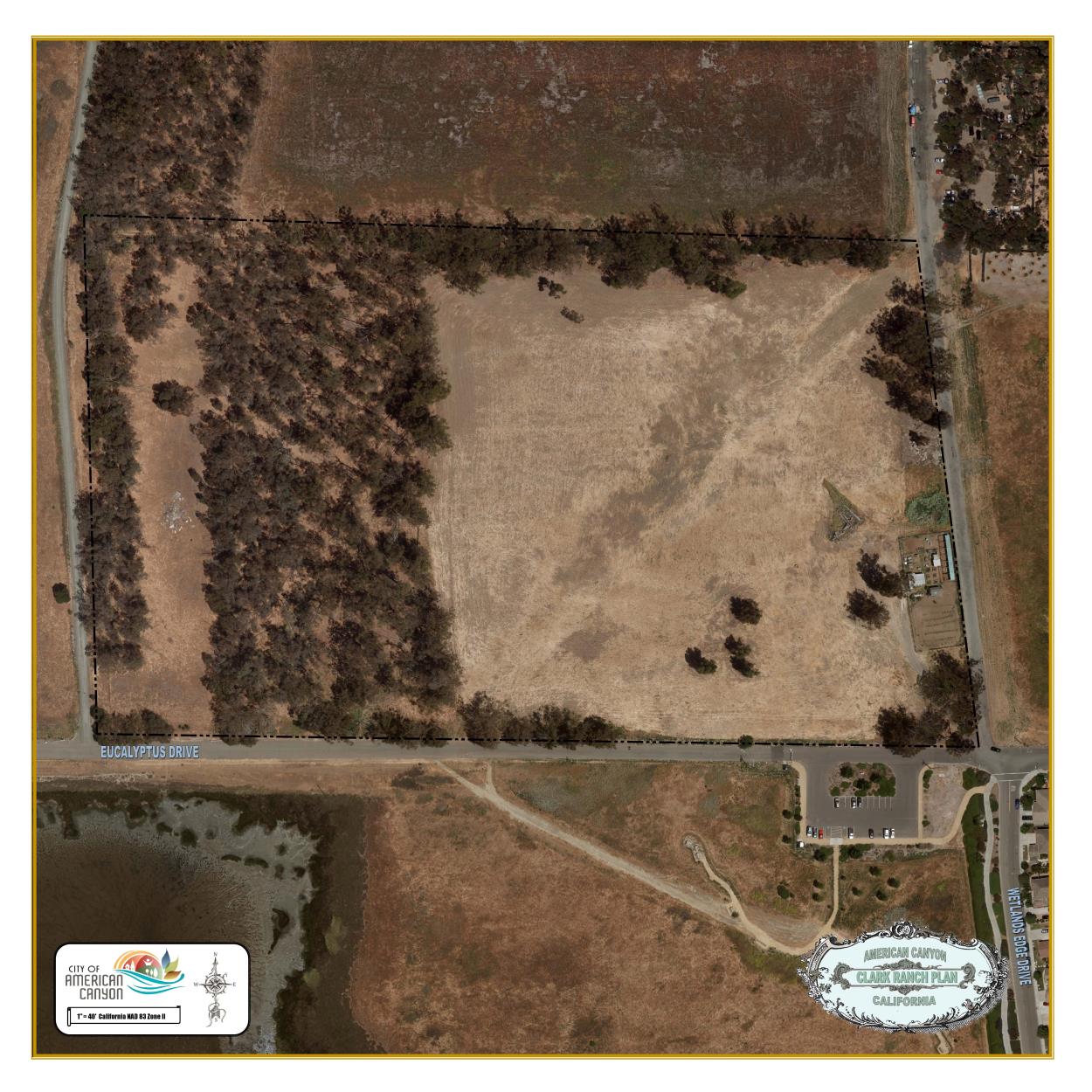 WHAT ARE THE PLANS FOR CLARKE RANCH?

The City Council approved the Clark Ranch Master Plan at their November 7, 2017 meeting. Click here to view the full plan.

Community input was instrumental in getting to this point. We are so grateful and excited to see Clarke Ranch’s future in our community. From here, the City will apply for grants to fund the next steps of the project, design and construction. We anticipate this will take a few years. We are hopeful to see initial phases of the Clarke Ranch Master Plan implemented beginning next year. Stay tuned to our City Manager’s Friday Update to hear the updates on this project, click here to sign up.

Here it is, the final plan: 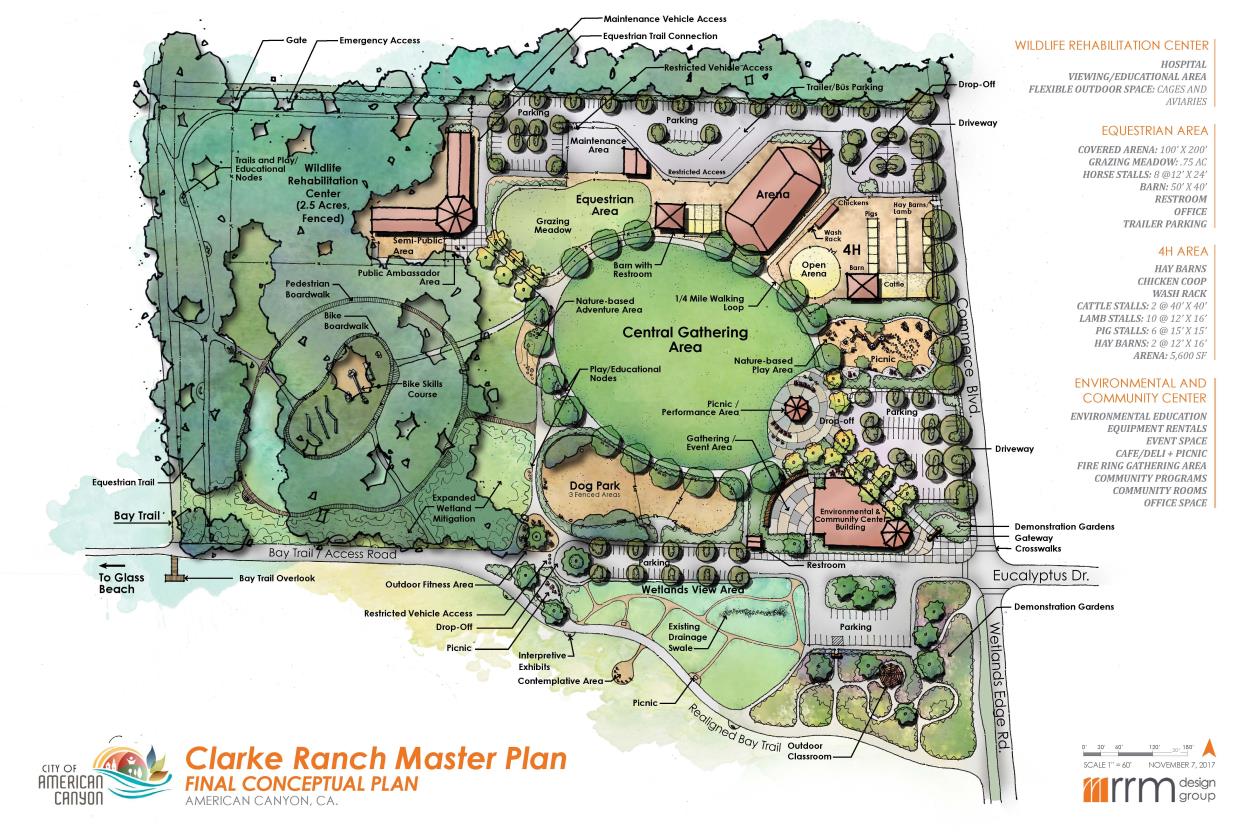 HOW DID WE GET HERE?

In 2011 the City began a Civic Engagement Visioning process in order to discuss the future of Clarke Ranch. In late 2016, the City hired RRM Design Group to begin the Master Planning process for the site. On November 7, 2017, the City Council approved the Clark Ranch Master Plan.

Draft Master Plan Alternatives A & B